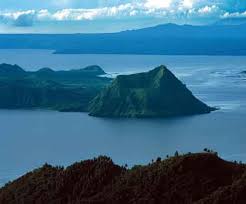 MANILA, Philippines - The Mayon and Taal volcanoes remain at alert level 1, the National Disaster Risk Reduction and Management Center (NDRRMC) said on Sunday, November 4. In its 8 a.m. bulletin, NDRRMC said that the alert level remains raised in both volcanoes after volcanic earthquakes were observed during the past 24 hours. One volcanic eartquake was observed in Mayon, while 5 were observed in Taal. The alert level was first raised on both volcanoes on Thursday, November 1, after 5 volcanic earthquakes were recorded in Mayor and 2 were observed in Taal. Alert level 1 means that abnormal volcanic activities are observed, though a hazardous eruption is not imminent. The Philippine Institute of Volcanology and Seismology (Phivolcs) is closely monitoring the activities in both volcanoes. The public is being advised to avoid the 6km radius Permanent Danger Zone on Mayon volcano, and to avoid the entire Taal volcano island.  EP