BERLIN – Oskar Deutsch, the head of Vienna’s Jewish community, on Monday railed against the EU in general and Austria in particular for failing to combat growing violence against European Jews. 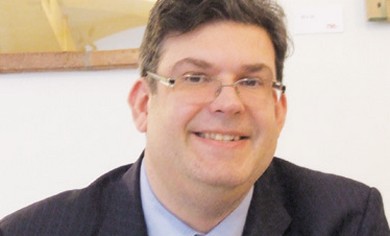 Deutsch told the Austrian paper Kurier that “anti-Semitism seems to be respectable“ across Europe and that his community documented 135 anti-Semitic incidents in 2012.

The figure nearly doubled from that of 2011, which saw 71 outbreaks of Jew-hatred.

Asked if the EU is doing too little to fight anti-Semitism, Deutsch told the Kurier that is an understatement.

“EU representatives and politicians must say that ‘anti-Semitism should not be allowed to occur,’” he said, slamming the EU human rights agency in Vienna for not taking action.

Deutsch said the anti-Semitism comes from “the Right, radical Islamists and the left-wing extremists.” He cited Sweden as an example, where many Jews in the city of Malmö have been forced to leave because Social Democratic Mayor Ilmar Reepalu has allowed Swedish Muslims and leftists to stoke hatred and violence against the tiny Jewish community.

Samuel Laster, editor-in-chief of the popular Vienna-based website “Die Jüdische,” told The Jerusalem Post Monday that left-wing anti- Semitism is played down in the Austrian media.

Laster cited the example of Der Spiegel’s Jakob Augstein, and how a Viennese newspaper failed to understand the columnist’s leftist hatred of Jews and Israel. Augstein is under fire for trashing Israeli haredim, asserting US foreign policy is controlled by Jews, claiming Israel and US Republicans are responsible for the violence in the Middle East since the outbreak of the Arab Spring, and defending Gunter Grass’s anti-Israel poem.