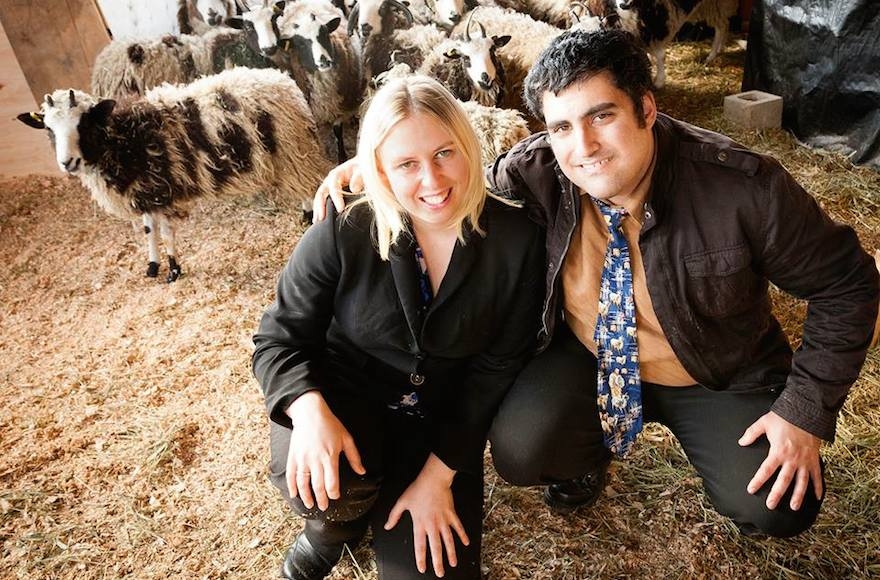 A rare breed of sheep said to be descended from Jacob’s flock referenced in the Bible will be shepherded to Israel with the help of a Canadian Jewish couple and Israel’s national airline.

El Al announced recently that it will “heavily subsidize” the costs of shipping the so-called biblical sheep “from a major North American airport.”

The announcement came several months after the Agriculture Ministry in Israel approved the importing of the flock, which is subject to quarantine in Canada and Israel.

The flight is expected to take place in late August or early September.

The project is the brainchild of Gil and Jenna Lewinsky of British Columbia, owners of the Jacob sheep, which are said to be descended from the patriarch’s flock noted in the Book of Genesis. The sheep are said to be unique for their horns, numbering two to six.

They are the only animals in the world to have the biblical description of speckled skin, spots on their wool, and bands on their ankles and knees, the Lewinskys said in a crowdfunding campaign they launched for their organization, Friends of the Jacob Sheep.

As of Monday, the couple has raised $470 to help offset costs.

The Lewinskys believe the sheep must “return” to Israel to fulfill biblical prophecy. They cite Rav Amram Vaknin, a mystic rabbi living in southern Israel who says he has visions predicting the future. Vaknin “has said that the Jacob Sheep must return to the Land of Israel to help with the Geula [redemption]!” according to the Lewinskys.

The deal was brokered by Israel’s embassy in Ottawa, which last month publicly offered its support to the effort. In February, Israel’s ambassador to Canada, Rafael Barak, visited the family’s farm in Abbotsford, about 40 miles east of Vancouver, and reportedly witnessed the birth of a lamb.

The flock currently consists of 113 animals — 18 adult rams, 62 adult ewes and the rest lambs. All will be settled on the Golan Heights.

The Lewinskys say the sheep are extinct in Israel.

They believe the animals came with Jacob through Canaan to Egypt, then with the Exodus to North Africa, and from there to Spain, England and then to North America.

“It will be the first time since biblical times that the Jacob sheep will be reintroduced to the land of Israel again,” they said. JTA