Blood Moons, the Shemitah and Prophetic Implications We Can't Ignore 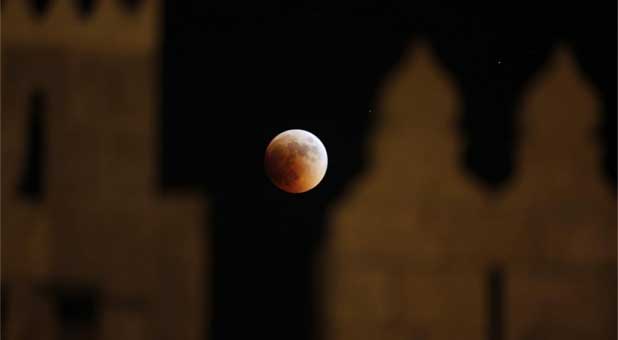 Israel is appropriating $29 million to help farmers observe a critical agricultural commandment from the Mosaic law, according to WND.

That commandment instructs the Israelites to give the land a rest from all agricultural activity once every seven years.

In the Torah, the Sabbath concept isn't limited to the seventh day of the week; it also applies to every seventh year—also known as the Shemitah year.

The $29 million in funding is headed to Israel's Religious Affairs Ministry, which will spend the money encouraging and enabling Jewish farmers who wish to follow the command.

Though farming regulations may seem insignificant to Western eyes, it was in part Israel's original failure to observe the resting years that resulted in the 70-year exile (2 Chronicles 36:20-23)—a seven-decade "Sabbath rest" for the land.

The Sabbath year command has not been observed in any real official capacity since A.D. 70, when God judged the nation of Israel for rejecting the Messiah, Jesus Christ, about 40 years earlier.

Biblically, while Israel may once more seek to observe the ordinance, the Jewish people remain in spiritual exile (Romans 11:7-11, Acts 28:25-28) because they rejected the Messiah's true Sabbath rest for the soul (see Hebrews 4).

The move on Israel's part may be critical as the nation navigates through events surrounding blood moons occurring in 2014 and 2015, which may be prophetically significant.

In the book of Joel, the prophet writes, "The sun shall be turned into darkness, and the moon into blood, before the coming of the great and awesome day of the Lord. And it shall come to pass that whoever calls on the name of the Lord shall be saved" (2:31-32). At Pentecost, the Apostle Peter quotes that passage in reference to the outpouring of the Holy Spirit. Now, many are connecting that same passage to a new end-times move of the Spirit preceding Christ's return—whenever that may be.

The question is: why Israel's revived interest in the law? Is it drawing closer to seeking God's will just as when King Josiah rediscovered the law in 2 Kings 22? Or is it instead keeping God "on their lips" but far from their hearts as they "seek to establish their own righteousness"—not knowing that the whole point of the law is to be fulfilled in the righteousness given freely through the Messiah (Romans 10:3-4)?

The unusual tetrad of lunar eclipses correspond with Jewish feast dates, beginning with Passover of April 2014 and ending with the Feast of Tabernacles on September 28, 2015—around which time Israel will celebrate the end of the Sabbath year.

The next blood moon will occur October 8, 2014. Charisma