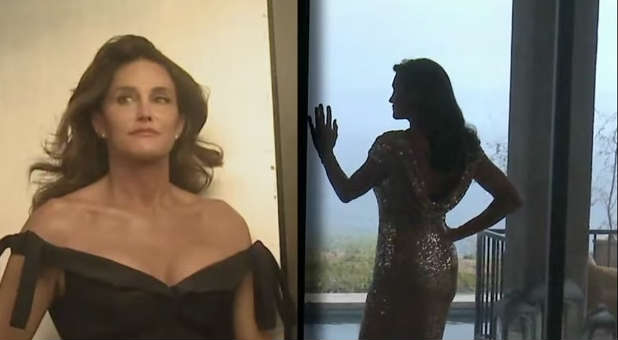 To all those celebrating the transition of Bruce Jenner to Caitlyn Jenner, I have a word of warning: Be careful what you wish for.

You see, if gender is whatever you perceive it to be, then there is no way to limit or control what is coming.

I'm not just talking about things like Facebook's 50 ways to describe your gender, including 10 different ways simultaneously, which turned out not to be enough, leading to the "fill in the blank" gender option.

I'm not even talking about things like gender neutral bathrooms and locker rooms, as misguided and harmful as those would be.

I'm talking about people who consider themselves gender fluid, to the point of their gender changing by the hour (or by the event they're attending). Why not?

I'm talking about people who say things like, "I'm a gender smoothie. Just take everything about gender, throw it in the blender, press the button, and that's me."

I'm talking about teens who want to push back against the dominant culture and refuse to identify as male or female, preferring to be called "Tractor" and the like. (Some researchers consider kids like this to be "cutting edge.")

Is this the kind of brave new world you really want to embrace? Is it the kind of world you want your kids to grow up in? And are you sure this is really preferable to "male and female He created them" (Gen. 1:27)?

If perception is now reality, what do we say to those who are convinced they are part animal or part alien? (As incredible as all this seems, I document it carefully in my forthcoming book Outlasting the Gay Revolution: Where Homosexual Activism Is Really Going and How to Turn the Tide.)

And what do we say to those with Body Identity Integrity Disorder, also known as being transabled? They too are asking to be recognized, as noted in a recent article by Sarah Boesveld titled, "Becoming disabled by choice, not chance: 'Transabled' people feel like impostors in their fully working bodies."

These are people who are tormented by their healthy bodies, with their brains telling them that they should be missing a limb or be blind or disabled in one way or another, and some of them have now found peace by mutilating their bodies.

I addressed the comparison between transgender and transabled people in 2011, and now, LGBT activist Dan Savage has weighed in on their behalf, saying, "Other people's bodies—and other people's body parts—are theirs, not yours. And if someone needs to change or even remove some part(s) of their body to be who they are and to be happy and to be healthy, they should have that right."

At least he's being consistent in his position, which would mean that doctors should be allowed to amputate the healthy limbs of transabled people if that will give them peace of mind, just as they're already allowed to perform sex-change surgery.

Returning specifically to Bruce-Caitlyn Jenner, am I the only one who gets the feeling that I woke up in some crazy new world when I watch the latest news about Jenner, a world in which it seems that just about everyone, from President Obama to ESPN, just drank some kind of strangely-laced Kool-Aid?

According to everything we know, we're not talking about someone with biological or chromosomal abnormalities. We're talking about a physically robust male who fathered 6 children and whose ex-wife Kris recently asked, "Why would you want to be married and have kids if this is what you wanted since you were a little boy? Why would you not explain this all to me?"

If he is to be applauded for his courage, then we should also applaud people like "One Hand Jason," who "cut off his right arm with a 'very sharp power tool' ... ."

Before the successful self-amputation, "he had for months tried different means of cutting and crushing the limb that never quite felt like his own, training himself on first aid so he wouldn't bleed to death, even practicing on animal parts sourced from a butcher."

Cutting off your own hand would take far more courage than submitting to all kinds of sex-change surgery, would it not?

I truly have sympathy for people who struggle with these disorders (or handicaps) and I don't claim for a moment to be able to relate to their pain. That's why, as a follower of Jesus: 1) I pray for an even deeper heart of compassion for them as people created in God's image, yet fallen and flawed, like the rest of us; 2) I pray for breakthroughs that will help professionals uncover the spiritual, biological, genetic, psychological or environmental causes of their suffering; 3) I will celebrate gender distinctions as God intended them.

To quote G. K. Chesterton, "Don't ever take a fence down until you know the reason it was put up."

To say it again: Be careful what you wish for. Charisma