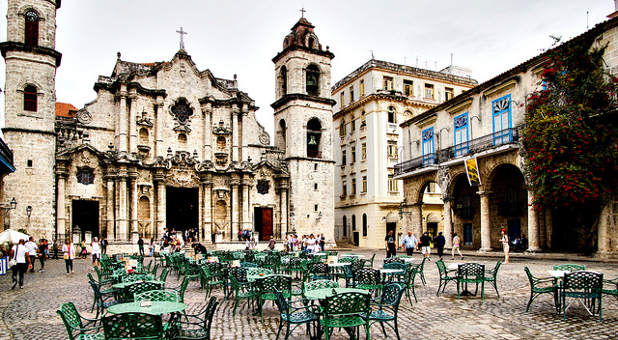 Since 1969, the Castro regime has banned Bible distribution in Cuba. But now, under an experimental program in the island nation, the Communist government is lifting the ban, creating new avenues to feed millions hungry for the Word.

While organizations like Revival Fires and the American Bible Society are hard at work printing and distributing the Bibles to the Cuban people, many are wondering what might come from this drastic change in policies. Could the floodgates of spiritual blessing and revival be about to burst forth?

The path forward could be complicated, according to a prophetic word issued by the Apostolic Council of Prophetic Elders:

There is a call of revival in Cuba that is connected with Miami. The largest Hispanic group in Miami is Cuban. Fidel Castro exiled them and drove them out of Cuba over religious, political and economic issues. When he closed the borders, many escaped and have since become American citizens.

However, a deep wound is in their heart because Castro displaced them and removed their inheritance.

Now a new generation has arisen in Florida. However, this generation is indoctrinated by the wounds of the past generation and they have much bitterness toward Cuba.

Though the path to healing and redemption for those injured by Castro's injustices may be far from over, God is more than capable of working a miracle here. The fact that millions of Cubans will now have free access to Bibles for the first time in nearly 50 years is proof enough that He's already on the job. Charisma