Despite Death Threats, Muslims Turning to Christ in Droves 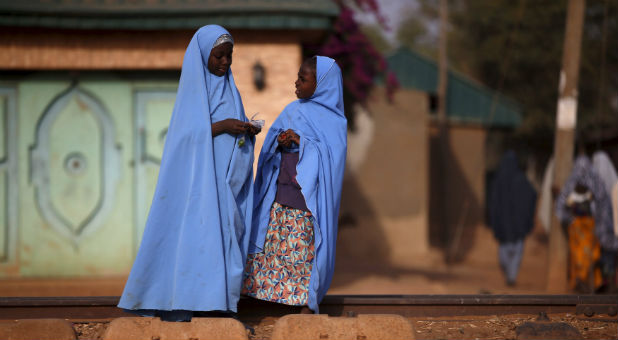 Persistent violence plagues these men and women, and the threat of death hovers around them, but they know God is worth the cost.

In Nigeria, it appears the diaspora fuels the spread of the gospel.

"In several areas in Northern Nigeria, the Christian presence has become virtually extinct or substantially diminished while in other areas church congregations have grown due to an influx of Christians fleeing violence and a number of Muslims converting to Christianity," according to a new report released by Open Doors.

The study states 1.3 million Christians have been forced to flee their homes due to persecution. But the "severely traumatized" Christians reportedly have seen an increased experience of connection with God and feeling His presence.

Boko Haram and other radical Islamic groups like the Muslim Hausa-Fuani herdsmen hunt Christians, especially those who left Islam.

As an example, take Raphael, whose last name is withheld for security reasons. As the son of an Islamic leader, Raphael was targeted after his conversion.

"I received several threats and warnings from the insurgents, telling me to revert to my former religion or face dire consequences," he said.

Stories like Raphael's reveal the flip-side of Open Door's report; that is, while radical Islamists destroyed 13,000 churches in recent years, other churches boom with growth.

"Christianity in Northern Nigeria is threatened by marginalization, discrimination and targeted violence, but in several places, the church is growing in numbers through a steady influx of new Muslim converts and in spiritual strength through a rise in commitment of church members," according to the report. Charisma