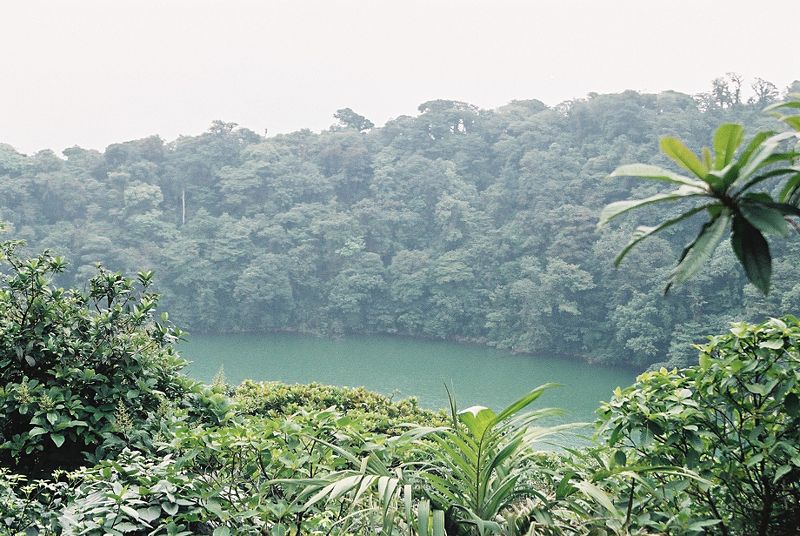 COSTA RICA – The Costa Rica News (TCRN) – Volcanologists of the National Seismological Network (RSN) have begun early research on the Chato volcano, located southeast of Poas volcano, to find out information such as its last eruption. RSN volcanologist, Gino Gonzalez, said that measurements of the temperature of the lagoon taken by sonar instrumentation, determining that the surface of the lake is about 19°C and approximately 6 meters deeper the temperature of the lagoon varies drastically. “It’s a volcano which very little is known about its historical activity, so we have seismic stations for periodic sampling and we are starting a campaign to closely monitor it every six months,” Gonzalez said.
Chato is considered an extinct volcano according to the authorities who made the first sampling to verify the behavior and activity. According to volcanologist at greater depths there is an increase in the amount of dissolved oxygen in the lake, which could be due to a strong photosynthetic activity, consistent with high turbidity or gas accumulation at deeper levels. The maximum depth of the lake is around 18 meters, averaging 15 meters. Chato Volcano last erupted 3,500 years ago. –Costa Rica News  EP