Gorbachev warns Cold War could heat up to all-out war 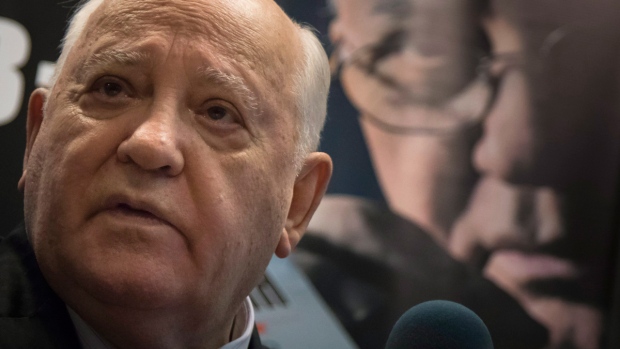 MOSCOW -- Ex-Soviet leader Mikhail Gorbachev says the confrontation between Russia and the West could spill into all-out war.

More than 5,100 people have been killed in a bloody conflict in eastern Ukraine between government troops and pro-Russian separatists. Ukraine accuses Russia of aiding the separatists while Russia says the West is behind Ukraine's attempts to retake the rebel-held areas.

Gorbachev, in comments to the Interfax news agency, said Thursday the West has "dragged" Russia into a new Cold War and warned of risks of a military confrontation:

"I can no longer say that this Cold War will not lead to a 'Hot War.' I fear that they could risk it," he was quoted as saying.

Gorbachev was one of the architects of the peaceful dismantling of communist rule in eastern Europe. CTVNews