Haunted by trauma, tsunami survivors in Japan turn to exorcists

The tsunami that engulfed northeastern Japan two years ago has left some survivors believing they are seeing ghosts. 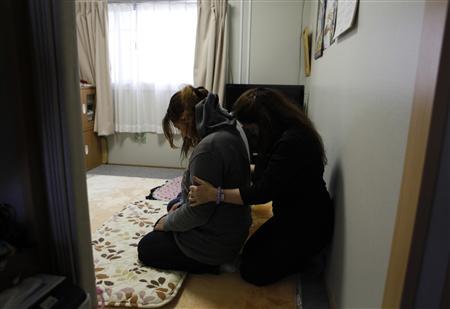 In a society wary of admitting to mental problems, many are turning to exorcists for help.

Tales of spectral figures lined up at shops where now there is only rubble are what psychiatrists say is a reaction to fear after the March 11, 2011, disaster in which nearly 19,000 people were killed.

"The places where people say they see ghosts are largely those areas completely swept away by the tsunami," said Keizo Hara, a psychiatrist in the city of Ishinomaki, one of the areas worst-hit by the waves touched off by an offshore earthquake.

"We think phenomena like ghost sightings are perhaps a mental projection of the terror and worries associated with those places."

Hara said post-traumatic stress disorder (PTSD) might only now be emerging in many people, and the country could be facing a wave of stress-related problems.

"It will take time for PTSD to emerge for many people in temporary housing for whom nothing has changed since the quake," he said.

Shinichi Yamada escaped the waves that destroyed his home and later salvaged two Buddhist statues from the wreckage. But when he brought them back to the temporary housing where he lived, he said strange things began to happen.

His two children suddenly got sick and an inexplicable chill seemed to follow the family through the house, he said.

"A couple of times when I was lying in bed, I felt something walking across me, stepping across my chest," Yamada told Reuters.

Many people in Japan hold on to ancient superstitions despite its ultra-modern image.

Yamada, like many other people in the area, turned to exorcist Kansho Aizawa for help.

Aizawa, 56, dressed in a black sweater and trousers and with dangling pearl earrings, said in an interview in her home that she had seen numerous ghosts.

"There are headless ghosts, and some missing hands or legs. Others are completely cut in half," she said. "People were killed in so many different ways during the disaster and they were left like that in limbo. So it takes a heavy toll on us, we see them as they were when they died."

In some places destroyed by the tsunami, people have reported seeing ghostly apparitions queuing outside supermarkets which are now only rubble. Taxi drivers said they avoided the worst-hit districts for fear of picking up phantom passengers.

"At first, people came here wanting to find the bodies of their family members. Then they wanted to find out exactly how that person died, and if their spirit was at peace," Aizawa said.

"They've started wanting to transmit their own messages to the dead," Aizawa said.

Shinichi Yamada said life had improved since he put the two Buddhist statues in a shrine and prayed. He still believes the statues are haunted, but now thinks their spirits are at peace.  Reuters