Prophecy Dude - Houston, We Still Have a Problem: Lesbian Mayor at It Again

Houston, We Still Have a Problem: Lesbian Mayor at It Again 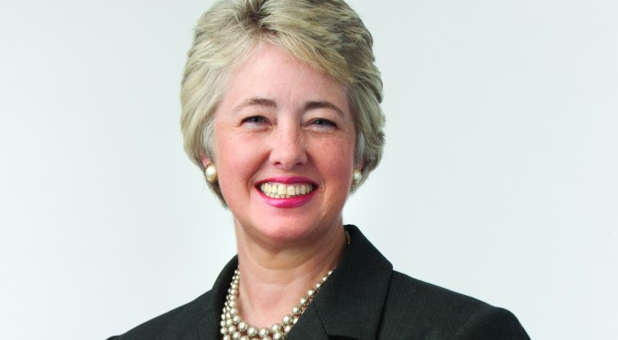 Remember when Houston's lesbian mayor, Annise Parker, tried to subpoena five pastors' sermons in a case over the controversial transgender rights ordinance there? This same lesbian mayor is trying her level best to deny these pastors the right to a jury trial. She wants a "special master" to review the evidence.

Here's the backstory, as Alliance Defending Freedom (ADF) explains it: City officials got upset over a voter lawsuit filed after the City Council rejected valid petitions to repeal a law that allows members of the opposite sex into each other's restrooms.

ADF attorneys jumped into the fray, contending the city illegitimately demanded that the pastors, who are not party to the lawsuit, turn over their constitutionally protected sermons and other communications simply so the city could see if the pastors have ever opposed or criticized the city.

This Was Our Wake Up Call

Parker's action set off a firestorm as Christians around the nation rallied against the injustice, signing the #HoustonWeHaveAProblem petition demanding the city stop bullying pastors. What the enemy meant for harm, Good used for good as Christians heard the wake up call and pushed back.

Sen. Ted Cruz got in Parker's face about her illegitimate demands, assuring the bold mayor she has no power and no legal authority to silence the church. Refusing to back down, Parker then refiled the subpoenas, with jail threats no less.

Soon, Mike Huckabee, Phil Robertson and Ben Carson, among others, started lifting their voices. And the U.S. Civil Rights Commission rebuked Parker for her actions. Finally, Christians around the country flooded her office with Bibles and Parker finally withdrew the subpoenas.

But the story doesn't end there. Fast forward to January and the drama is heating up again over the so-called bathroom bill. The City of Houston has filed several motions and is asking a Texas district court to deny pastors a jury hearing. That means a final decision on the bathroom bill would be in the hands of a single judge in what they are trying to classify as an election dispute. The pastors followed all the requirements and paid all the costs to hold a jury trial.

"In addition to taking away the constitutional voting rights of over 1 million people in Houston, the mayor is now attempting to take away our constitutional right to a jury trial. You are implicated in her decision since you officially represent the city of Houston," Pastor Steve Riggle, who was one of the ministers subpoenaed, said in a statement to city council members.

"As a citizen of Houston for over 30 years and a community leader, I feel our city has suffered enough national embarrassment over this issue when what we have asked for all along is to simply let the people decide. It seems as if the city didn't learn anything from the national outrage over the subpoenas issued to pastors in our community by Mayor Parker and City Attorney David Feldman," continued Riggle, senior pastor of Grace Community Church.

"What will happen when our city and the nation finds out that now the mayor will not allow this trial on her actions to subvert the right of the people to vote to be decided by a jury? There comes a time when all of you who serve on this elected council need to stand up and let your voice be heard that you will no longer allow this mayor to subvert the right of the people in pursuing her personal agenda. That time is now!"

Where Do We Go From Here?

Riggle is right. The time is now. We need to stand with these Houston pastors and continue the pushback. Earlier this week, Michael Brown declared 2015 is the year of pushback. I wholeheartedly agree with his words:

"The gay revolution will continue to overplay its hand. As those who were once bullied now bully others, this will produce an increasing backlash, as seen with the 'Houston Five' last year," he wrote. "And as gay activists win more and more battles in the courts and the society, that will actually work against them, and their goals will continue to become more and more extreme."

The devil always overplays his hand. Jesus is still the King of the universe and the God of America. Let's rise up and push back the antichrist agendas that are working to remove Christ from the public square and replace Him with all manner of perversion. Amen? Charisma