Just imagine what their version of the earth will look like. PD 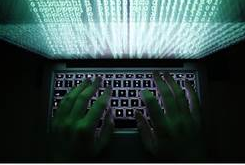 Tehran is planning to launch its own 3D mapping service after Iranian authorities have long accused Google Earth of being a spying tool used by western agencies, Iran's semi-official Mehr news agency reported.

The Islamic Republic's minister for information and communications technology, Mohammad Hassan Nami, announced this week that Iran is developing "Islamic Google Earth", which is expected to be ready for use "within the next four months."

"Preparations have been made for launching our world's 3D map project and we are currently creating an appropriate data center which could be capable of processing this volume of information," the semi-official Mehr news agency quoted Nami as saying.

Nami, a former deputy chairman of Iran's joint chiefs of staff and the armed forces, was appointed by President Mahmoud Ahmadinejad as the new technology minister in February.

According to local media reports, Nami is also a PhD graduate in "country management" from North Korea's Kim Il-sung University.

"We are doing our best to launch the Islamic Google Earth in the next four months as an Islamic republic's national portal, providing service on a global scale," he added.

"On the surface, Google Earth is providing a service to users, but in reality security and intelligence organizations are behind it in order to obtain information from other countries," Nami said. VJ

The minister did not elaborate on Iran's version of Google maps or what features would make it inherently "Islamic."

"We are developing this service with the Islamic views we have in Iran and we will put a kind of information on our website that would take people of the world towards reality ... Our values in Iran are the values of God and this would be the difference," he said.

Iranian authorities claimed last year to have finished the first phase of its own national Internet.

The regime has also taken measures to curb Internet freedoms by blocking the use of most "virtual private networks" (VPNs), a tool that is used by most of the population to circumvent the extensive government Internet filter.