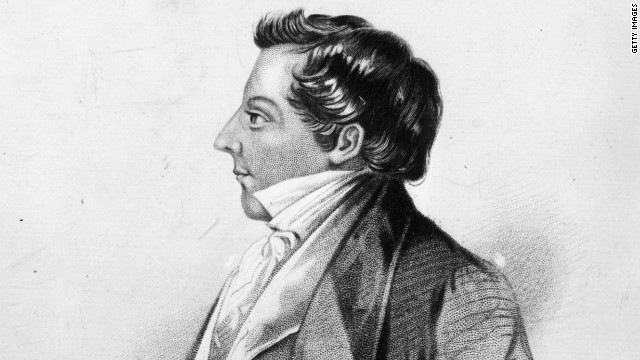 The founder of the Mormon church, Joseph Smith, wed as many as 40 wives, including some who were already married and one as young as 14 years old, the church acknowledged in a surprising new essay.

Smith's marital history had been the subject of frequent historical debate, but until recently Mormon leaders had taken pains to present its founding prophet as happily married to one woman. Now, the church says, "careful estimates put the number between 30 and 40."

It's hard to overestimate Smith's importance to Mormons. He is viewed as a larger-than-life prophet who received special revelations from God. The news that he had taken so many wives, including teens and other men's spouses, rocked some members of the faith, according to Mormon blogger Jana Riess.

According to the church's essay, Smith had not wanted to take multiple wives, but relented after an angel appeared to him three times between 1834-1842. On the angel's last visit, the church said, "the angel came with a drawn sword, threatening Joseph with destruction unless he went forward and obeyed the commandment fully."

As the church's essay notes, Smith also saw his fledgling Mormon movement as a restoration of the "ancient principles" of biblical prophets like Abraham, who practiced plural marriage.

Smith's first wife, however, was not amused. In fact, the church said, "it was an excruciating ordeal for Emma."

Sometime in the 1830s, Smith took his second wife, Fanny Alger, according to the church. They later separated, the church said.

At one point, Emma Smith accepted four of her husbands' plural wives into her household, according to the church. But she likely never knew the full extent of her husband's polygamous unions, LDS officials acknowledge.

Although Smith wed as many as 40 women, he did not necessarily consummate the marriages, the LDS church said. Some might have been "eternity only sealings," meaning that the relationships were held on reserve for the afterlife.

"Marriage at such an age, inappropriate by today's standards, was legal in that era, and some women married in their mid-teens," the church said in its online essay.

Helen Mar Kimball, the teen, said her marriage to Smith was "for eternity alone," suggesting the relationship did not involve sexual relations, the church said.

Though controversial, polygamy did have an upside, according to the church: it increased the number of children born in Mormon households.

The essay is part of a three-part series on the subject, said LDS Church spokesman Eric Hawkins. CNN