'Left Behind' Author Tim LaHaye Fires Back at Anti-Rapture Apologist 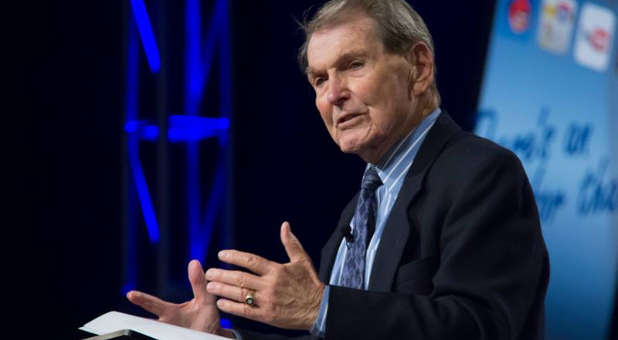 Tim LaHaye, best-known for his Left Behind series of books, is taking exception to Christian apologist William Lane Craig's assertion that rapture movies are not biblical.

"The rapture was made up by someone in the 1800s, and the story caught on among some groups who still believe it today," said Craig in a Charisma News piece called "Despite Popular Theology, Apologist Says Rapture Movies are Not Biblical." "The simple truth is that it is not biblical, nor was it ever the historic position of the Christian church."

LaHaye is firing back, arguing that anyone who claims that the "so-called rapture is simply not true" or that it was conceived "in the 1800s," obviously does not believe God's Word—the Bible. LaHaye offered this statement to Charisma News:

"God's Word is just that—God's words, and He meant what He said. Those who do not believe in the rapture do not understand that the first teaching of the rapture dates back to the first century when the Holy Spirit inspired the Apostle Paul to write it into the Holy Scripture.

"Not believing in the rapture does not mean you are not a Christian. Like some of my friends, Craig is an a-Millennialist, who like Augustine in the 5th century taught that the Word of God was inspired and to be taken literally, except for prophecies, and they were to be taken spiritually, allegorically or symbolically.

"The problem with this is it eliminates 28 percent of the Bible from our understanding and removes the 'blessed hope of Christ's return' for His church, which is clearly taught in Titus 2:12-14. Craig and those that think like him need to read my book, A Quick Look at the Rapture and the Second Coming, for in it, I examine 15 differences between the rapture and the Second Coming. They occur at least seven years apart for they are separated by the seven-year Tribulation that the Lord Jesus warned would some day come on this Earth as the worst time in all of world history (see Matt. 24:21).

"The good news for even a-Millennialists like Craig is if they believe in and have accepted Jesus as their Lord and Savior from sin, they will go up in the rapture with the rest of us.

"John 14:1-6 says, 'Let not your heart be troubled; you believe in God, believe also in Me. In My Father's house are many mansions; if it were not so, I would have told you. I go to prepare a place for you. And if I go and prepare a place for you, I will come again and receive you to Myself; that where I am, there you may be also. And where I go you know, and the way you know." Thomas said to Him, 'Lord, we do not know where You are going, and how can we know the way?" Jesus said to him, 'I am the way, the truth, and the life. No one comes to the Father except through Me."

"I certainly hope those who chose to disbelieve in the rapture will meet Jesus' qualifications for salvation, that way during the rapture we can discuss it in more detail." Charisma