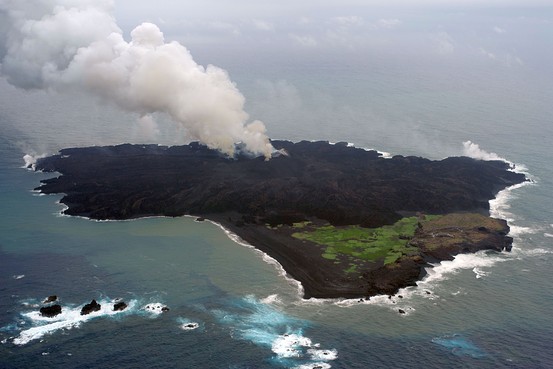 One major volcanic eruption could make Japan “extinct,” a study by experts at Kobe University warns, although the chances of that happening are relatively slim. The study, by Prof. Yoshiyuki Tatsumi and Associate Prof. Keiko Suzuki, concludes that the chance of a big eruption that would disrupt the lives of everyone in Japan are about 1% over the next 100 years. The researchers based their findings on the cycles and impacts of major eruptions in Japan on the study of the Aira Caldera near what is now the city of Kagoshima on southern Kyushu island. The caldera was created 28,000 years ago and has a diameter of 20 kilometers. If a similar eruption were to take place in the area today, within about two hours the flow of molten rock, lava and ash would cover an area in which seven million now live. A large amount of ash would be carried across the country, shutting down transportation and other key systems, disrupting the lives of nearly 120 million people, or almost everyone in Japan.
“We should be aware,” the researchers warn in their report to be published in November. “It wouldn’t be a surprise if such gigantic eruption were to take place at any moment.” The study pointed out that following the eruption of the Kikai Caldera over 7,000 years ago off what is now the southern tip of Kyushu, it took 1,000 years for human settlement in the area to recover. The study also said approximately 7% of all volcanoes that have erupted over the past 10,000 years are located in Japan. The professors warned that volcanic activity, especially in Kyushu, should be closely studied and monitored. The eruption of Mount Ontake in central Japan in September killed 56 people and left seven still missing. It was the first fatal eruption in 14 years in Japan. EP