More Muslims Getting Revelation That Quran Is a Man-Made Book 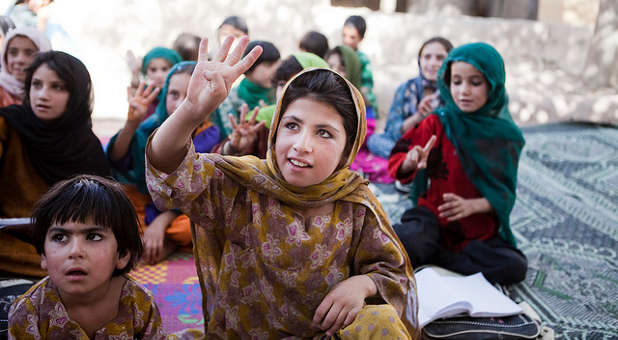 A new Pew Research Center study that looks at the future of world religions and potential population growth around the globe found that the Muslim faith is rising at a faster rate than Christianity—with the possibility that Islam could equal Christianity as the largest world religion for the first time ever.

According to the study "The Future of World Religions: Population Growth Projections, 2010-2050," "the religious profile of the world is rapidly changing, driven primarily by differences in fertility rates and the size of youth populations among the world's major religions, as well as by people switching faiths. Over the next four decades, Christians will remain the largest religious group, but Islam will grow faster than any other major religion."

Southern Evangelical Seminary President Dr. Richard Land said that while projections of the rise of Islam underscore the need for Christian apologetics in the United States, the Pew study doesn't tell the full story.

"This study is an interesting commentary on the rise of the Muslim faith, as well as the possible decline in the percentages of Christians—both around the world and in America," Land said. "This research underscores the importance of being able to defend our faith by speaking rationally, intelligently, passionately and with grace about what we believe and why we believe it. At the same time, the study misses some important rumblings within the Islamic faith itself that may significantly change projections of strong growth."

Indeed, according to Dr. Daniel Janosik, Director of Islamic Studies at SES, Islam is on the brink of both a physical and an academic implosion.

"Internally, we see a growing divide between Sunni and Shia Islam," Janosik said. "But perhaps even more significant is an impending Quranic implosion. More and more, Muslims are realizing that the Quran does not have the earmarks of a revelation of God but, instead, is a man-made book. And with this realization is coming an exodus of Muslims from the Islamic faith. This academic implosion will have a much greater effect of turning Muslims away from Islam than recent criticisms of the Bible have had over the last several centuries—the reason being that we have been able to answer criticisms of the Bible and demonstrate its trustworthiness. Supporters of the Quran will be unable to do the same."

Janosik said that the projections of the Pew study are based on present conditions, but these conditions are changing rapidly.

"For 1,400 years, Islam has been in existence. For 1,375 years, there were relatively few conversions to Christianity. In the last 20 years, however, there have been hundreds of thousands—perhaps millions—of Muslims converting to Christianity. Why? Because God is on the move and is doing something new."

He also pointed to the 2011 book How Civilizations Die (And Why Islam Is Dying Too), by David P. Goldman, which also offers convincing evidence of a drastic demographic shift downward in the Muslim world.

The Institute of Islamic Studies is a division of Southern Evangelical Seminary that offers the Certificate in Islamic Studies designed for those interested in increasing their knowledge and effectiveness in reaching Muslims.

SES is a leader in apologetics education—teaching students to defend their faith and talk intelligently, passionately and rationally about what they believe and why they believe it. Many courses focus on societal issues from a Christian worldview, delve into scientific apologetics or contemplate creation research.

SES's 22nd annual National Conference on Christian Apologetics will be hosted by Calvary Church in Charlotte on Oct. 16-17, 2015, with the theme, "Ideas Have Consequences: The Bigger the Idea, the Bigger the Consequence." In addition to Dr. Land, confirmed speakers include Josh McDowell, Dr. Jay Richards, Dr. Norman Geisler and Dr. Paige Patterson.

Land is featured in his nationally syndicated daily radio commentary, "Bringing Every Thought Captive," which airs on 200 stations on the American Family Radio Network and 100 stations on the Bott Radio Network. "Bringing Every Thought Captive" is also podcast daily on the free SES mobile app and airs locally in the Charlotte, N.C., area every weekday. The "Bringing Every Thought Captive" television program, hosted by Land, debuted in January on the NRB Network, and airs on Wednesdays at 8 PM and midnight EST. In May, it will begin airing on the Total Living Network, reaching nearly 2 million households in the Chicago area. For more information about stations, times, downloads and more, visit ses.edu/about-us/bringing-every-thought-captive.

Land has taught as a visiting or adjunct professor for several seminaries and has authored or edited more than 15 books. He earned his Doctor of Philosophy degree from Oxford University in England and his bachelor's degree (magna cum laude) from Princeton University. Land also earned a Master of Theology degree from New Orleans Baptist Theological Seminary, where he received the Broadman Seminarian Award as the Outstanding Graduating Student. Dr. Land was the 2013 Watchman Award recipient from the Family Research Council for his leadership on moral and cultural issues. He also received the Phillip E. Johnson Award for Liberty and Truth from Biola University in 2010. Land served previously (1988-2013) as president of The Ethics & Religious Liberty Commission, the Southern Baptist Convention's official entity assigned to address social, moral and ethical concerns, with particular attention to their impact on American families. In 2014, he was appointed as a Senior Research Fellow of the ERLC's Research Institute.

Southern Evangelical Seminary invites visitors to its website to join the more than 20,000 people who have already downloaded the SES Apologetics App for Windows mobile devices and Android and Apple phones and tablets. Those with the app can get the very best news and information in Christian apologetics, including articles, audio, video, blogs and more from today's most able defenders of the Christian faith—William Lane Craig, Lee Strobel, Josh McDowell, William Dembski, Frank Turek, Hugh Ross, Gary Habermas and other well-known speakers, authors and teachers. ChristianNews