Nepal, latest region of the planet warned of growing risks of overdue mega-quake 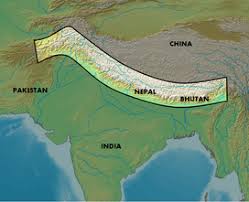 NEPAL - A mega-quake in 1255 that wrecked the Nepalese capital, wiped out a third of the population of Kathmandu Valley and killed the country’s monarch, King Abhaya Malla, was of a kind that may return to the Himalayas, seismologists reported on Sunday. Experts from Nepal, France and Singapore mapped deposits of river sediment displaced along part of the fault line where the Indian subcontinent slams into the Asia tectonic plate at up to 50 millimeters (1.97 inches) per year. With the help of carbon dating, they found that the soil movement in one place was caused by a huge quake that coincided with the great event of July 7 1255. More than six centuries later, there was another surface-breaking event, correlating to a magnitude 8.2-event in 1934. The finding is important because until now there had been no evidence of surface ruptures from the collision of these plates. Surface ruptures are not only extremely violent — they also tend to release most or all of the accumulated strain. “Blind” earthquakes are ones that do not break the surface, and tend to be more frequent. The study says it takes probably takes centuries for the strain to accumulate before another bust occurs, if the evidence of the surface turnover is a guide. This long time-span is worrying as the previous event may be undocumented or poorly understood because it is so ancient. The scientists do not rule out the possibility that other potential monsters could be lurking elsewhere on the fault, as no-one has looked for the evidence for them. “Two great earthquakes 679 years apart contributed to the frontal uplift of young river terraces in eastern Nepal,” says the paper, published in the journal Nature Geoscience. “The rare surface expression of these earthquakes implies that surface ruptures of other reputedly blind great Himalayan events might exist.”  EP