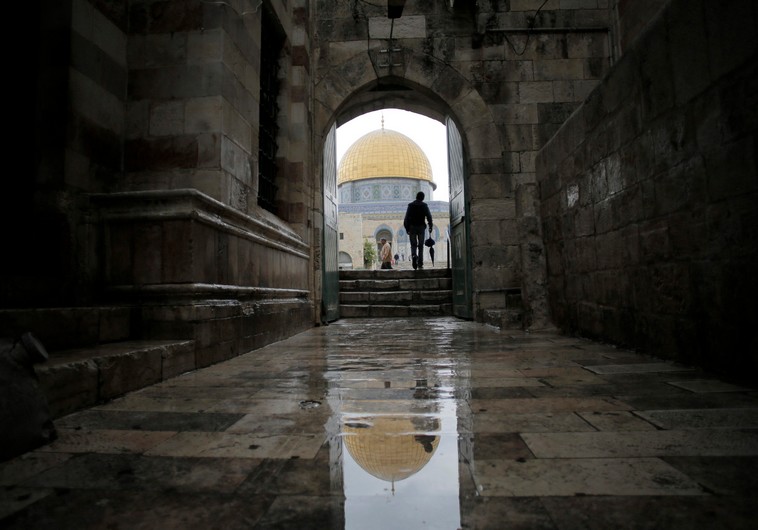 “I am acting in every way to calm the atmosphere around the Temple Mount, but Abbas is adding fuel to the fire,” Netanyahu said.

Abbas wrote “a letter of encouragement and support” to the family of Moataz Hejazi, the man from Abu Tor, Jerusalem suspected of attempting to assassinate Glick on Wednesday night, as he stood outside the Menachem Begin Heritage Center in Jerusalem. Glick is in serious condition at Sha’are Tzedek Hospital.

Police killed Hejazi on Thursday morning as he resisted arrest, shooting at officers.

With his letter Abbas “encourages and supports others who wish to perform criminal acts like [shooting Glick],” Netanyahu said.

“The international community is silent as [Abbas] encourages continued incitement, rioting, and violence. We will not be quiet and continue speaking the truth and defending our rights,” Netanyahu declared.

In the letter, dated November 1, Abbas wrote that he received with “anger and condemnation the news of the heinous crime committed by the gangs of killing and terrorism in the Israeli occupation army.”

Declaring Hejazi, who was shot dead by police hours after the assassination attempt, a “martyr,” Abbas wrote that his killing has been added to the “crimes of the Israeli occupation army against our people since the Nakba.”

“This act won’t intimidate our people, but will increase its steadfastness in its homeland,” Abbas wrote in his letter to the family.

“To call a terrorist a martyr, a shahid, crosses a redline,” said Liberman adding that Abbas planned to give the family money from a fund that had European Union support.

It is impossible to achieve a strategic breakthrough in the peace process without a partner on the other side, Liberman said.

On Sunday he said that Abbas’s letter proves that the Palestinian leader is no partner for peace.

He called on the international community to condemn Abbas for helping the Israel-Palestinian conflict disintegrate into the realm of threats and violence.

On Monday, Knesset Speaker Yuli Edelstein wrote on Facebook that “Abbas’s outrageous step of comforting the family of the terrorist who tried to murder Yehudah Glick proves the truth of [former foreign minister] Abba Eban’s words that the Palestinians never miss an opportunity to miss an opportunity.

“Once again Abbas is doing everything to show that we have no one to talk to.

Wild incitement and encouragement to terrorism do not move us forward; rather they make the hatred permanent,” Edelstein wrote. JP