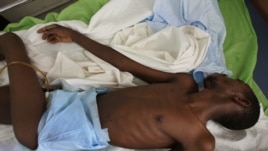 Scientists based at Sweden's Lund University say the new strain, known as A3/O2, is a cross between the two most common strains in the nation of Guinea-Bissau.

Their study found people infected with the new strain develop AIDS in about five years, more than a year faster than people with one of the initial strains alone.

They say people with A3/02 are also three times more likely to develop AIDS and suffer an AIDS-related death.

The university says that so far, the new strain has been identified only in West Africa.

But it notes that around the globe, other strains are combining, raising the risk of harder-to-treat strains of HIV.

The findings were based on a study of 152 people with HIV in Guinea-Bissau. Lund says it plans to conduct further studies of combined HIV viruses in Europe.  VoA