Pentecostal Giant George O. Wood: Youth Are Leaving Churches That Do This 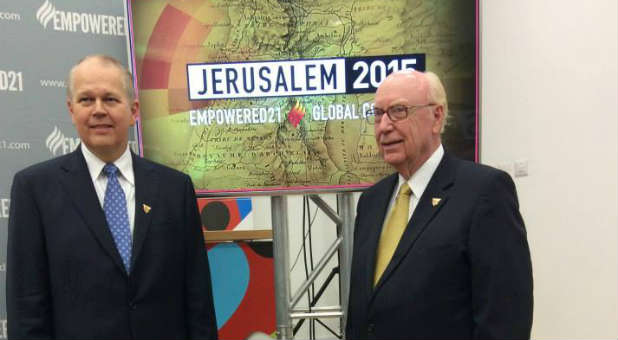 It's not that young adults are leaving churches, it's that they're abandoning denominations that are forsaking the authority of God's Word, George O. Wood says.

"We (AG USA) have 3.1 million young people in the USA and 34 percent of them are under the age of 25," The Assemblies of God overseer said at Empowered 21. "... The young people that are moving away from traditional religious structures in the U.S. typically belong to churches which have abandoned a belief in the authority of Scripture and the uniqueness and centrality, and exclusiveness of Jesus Christ."

His comments reflect the same research that says the Presbyterian Church USA is dying on the vine after coming out in full support of gay marriage.

According to Barna research, a quarter of 18-to-29-year-olds are practicing Christians.

The migration of young adults away from the church is only a glimmer into how Christianity is on the decline nationally.

However, young adults are seeking authenticity in their churches, and those that produce it reap the fruits.

"I think churches thriving are those who say they want to take a more proactive role," says Barna's Vice President of Research Clint Jenkin. "Creative churches (can) establish themselves in their community, reach people because they are able to find certain ways to transcend disagreements. If churches are in position of arguing, then you're missing big piece of how you're going to build relationships with people."

Barna research shows that in order to engage young people in congregations, one must be totally transparent.

"More than one-third say their negative perceptions are a result of moral failures in church leadership (35 percent)," according to a Barna report. "And substantial majorities of millennials who don't go to church say they see Christians as judgmental (87 percent), hypocritical (85 percent), anti-homosexual (91 percent) and insensitive to others (70 percent)."

For Wood, though, it's about showing young adults that church is place where they can experience God, and showing them their value and roles within the church. Charisma

all | Assembly of God | church