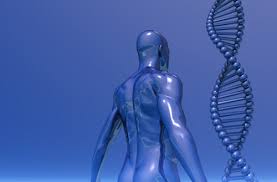 Scientists made a substantial breakthrough in understanding how to alter the fundamental nature of life, and they did so by creating for the first time a partially artificial life form that passes along lab-engineered DNA.

The work, published online in the journal Nature on Wednesday, came from the Scripps Research Institute in La Jolla, Calif., and centered around a modified strain of E. coli bacterium that was fused with chemically synthesized nucleotides and was able to replicate its natural and synthetic components during reproduction.

Throughout the entire history of life on Earth, the genetic code of all organisms has been uniform, from the simplest of bacteria all the way up to human beings, meaning our genetic code is composed of the same four nucleotides labeled A, C, T, and G. Those nucleotides join to form base pairs, which are used in the creation of genes that cells use to produce proteins.

Researchers at Scripps created two new nucleotides, X and Y, and fused them into the E. coli bacterium. The organism was able to reproduce normally with six -- instead of the standard four -- nucleotides, meaning it genetically passed along the first combination of manmade and natural DNA.

"This has very important implications for our understanding of life," Floyd Romesberg, who headed the Scripps researcher team, told The New York Times. "For so long people have thought that DNA was the way it was because it had to be, that it was somehow the perfect molecule."
Related stories

Not only can these artificially created organisms be used to generate new medicines as base pairs are the source of proteins, but it also has applications in understanding life itself, from the sustainability of alien forms that differ from our own genetic makeup to the secrets of Earth's living organism construction.

Because this breakthrough could impact more than just biological research, the field -- called synthetic biology -- is likely to be met with harsh criticism from those who fear that tampering with the building blocks of existence could be a step too far for science. The subset of synthetic biology focusing on creations unfamiliar to nature with expanded genetic alphabets is sometimes referred to as xenobiology.

"The arrival of this unprecedented 'alien' life form could in time have far-reaching ethical, legal and regulatory implications," Jim Thomas of the ETC Group, a Canadian advocacy organization, told The New York Times. "While synthetic biologists invent new ways to monkey with the fundamentals of life, governments haven't even been able to cobble together the basics of oversight, assessment or regulation for this surging field."

To create a modified organism that would reproduce, Romesberg's team had to first create stable enough artificial nucleotides. The creation of X and Y variants came only after 300 types were tried. The X nucleotide pairs with the Y, just as A does with T and C with G in natural DNA. It's unclear whether a semi-artificial organism could sustain a far more expansive genetic code, meaning many more synethic pairs, and if there is any time-based restraint involved.

As far as worrying about never-before-seen strains of bacteria escaping into the wild, Romesberg stressed that this newly created organism could never infect anything. To continue reproducing the synthetic nucleotides, the researchers had to feed the necessary chemicals to the bacterium or else it would stop producing the X and Y pair.

Romesberg and his colleagues' findings follow decades of work in synthetic biology, and the results have long since left the confines of academic research. Romesberg's company, Synthorx, is trying to design an administering technique for viruses that would rely on the artificial life forms' inability to reproduce the synthetic nucleotides without the proper chemicals, meaning they could be used to create an immune system response while be inhibited from spreading.

Beyond those immediate applications, the next steps are figuring out if the synthesized nucleotides can be fused into the RNA of living organisms and used to produce new proteins, as well as discovering whether or not genetically engineered cells could be used to help organisms reproduce those synthetic nucleotides on their own.  CNet