Prophecy Dude - The bee-ginning of the end?

The bee-ginning of the end?

According to the British Beekeepers Association, a third of all bee colonies have died over the last year, and in some parts of the country the number of colonies has even halved. 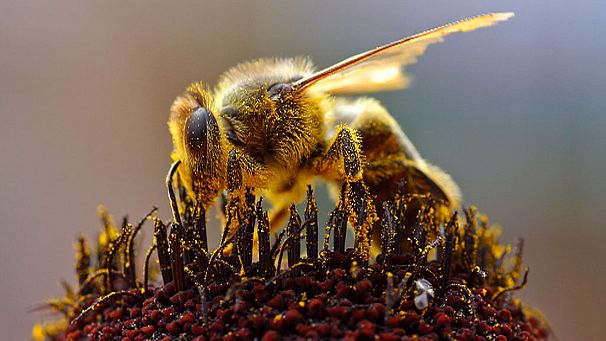 The alarming figures raise the question of whether the EU’s decision in May to ban bee-killing pesticides was a case of ‘too little too late’. Experts are saying that the poor summer of 2012, followed by the lengthy and cold winter is the main cause of the loss; the inclement weather prevented honey bees from being able to gather pollen and forage and also stopped queen bees from mating.

Unfortunately this in not an isolated incident. All across Europe and the rest of the world similar declines in bee numbers are being recorded.

One beekeeper in the UK, who lost around a quarter of his colonies, told the BBC: “We are in a different era; quite frankly the bees haven’t got the resistance and reserves that they once did because of various illnesses and viruses.”

So what does it mean?

In addition to the 70% drop in the honey crop this year, the knock-on effect from a decline in the bee population could prove catastrophic. Einstein is reported to have once said “If the bee disappeared off the face of the earth, man would only have four years left to live.”

While some experts reject Einstein’s bee theory, most agree that food for human consumption would become more scarce. The UN has described the worldwide decline in bees as “potentially disastrous” because of bees’ vital role in pollinating our food. It said that out of the 100 crops that provide 90 percent of the world’s food, 70 are pollinated by bees. In the US, researchers have calculated that one mouthful in three of an average person’s diet directly or indirectly benefits from honey bee pollination. In some ecosystems plants that rely on bee pollination for survival would disappear and as a result any species that relied on that plant could die out.

The natural world will not be the only victim of bee loss; the economy would also take a huge hit. Research by the United States Department of Agriculture suggests that bee pollination is responsible for more than $15 billion crop value each year, although according to bee-keepers this value has been grossly underestimated, they put it closer to $50 billion.

What is being done?

Scientists and researchers across the world are working to identify potential solutions to the bee threat. The EU ban on pesticides is seen by many as a step in the right direction but campaigners argue that there are still more chemicals being used in farming that are harmful to bees and they are calling for further restrictions.

At Washington State University researchers are working on a scientific solution and have recently opened the first bee “sperm bank”. They are working on the belief that diversifying the genetic pool of the bee population will enable the species to become more resilient to parasites and infections. The presumably very tiny “sperm bank” will be used to cross breed the hardiest of both European and American bees.  EuroNews