The Prophetic Warning Behind the Death of 13 Bald Eagles 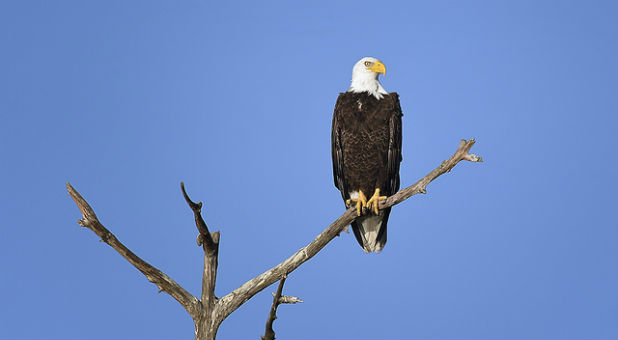 A very interesting story is coming out regarding 13 bald eagles that were found dead at a Maryland-area farm over the weekend and federal authorities are currently investigating, and offering a reward for any information. The Maryland Natural Resources Police (NRP) were first called to the scene on Saturday afternoon after a man discovered four dead bald eagles on a farm in Maryland's Eastern Shore region, according to NRP spokeswoman Candy Thomson.

When I saw this story breaking I saw so much symbolism in this for America. Let me explain. The national symbol for America is the eagle and the Thirteen Colonies, founded in the 16th and 17th centuries, declared independence in 1776 and formed the United States. The thirteen were: Delaware, Pennsylvania, New Jersey, Georgia, Connecticut, Massachusetts Bay, Maryland, South Carolina, New Hampshire, Virginia, New York, North Carolina, and Rhode Island and Providence Plantations. Is there a prophetic picture here? If so what could it represent? We do know that the number 13 is symbolic of rebellion and lawlessness.

The American dollar even has the number 13 embedded all over it.

I believe the Lord is continuing to send America warning after warning that we may continue to seek Him through prayer and intercession to turn things around and bring another mighty revival to the land to bring America back to God. Let him who has ears to hear, Hear! Charisma