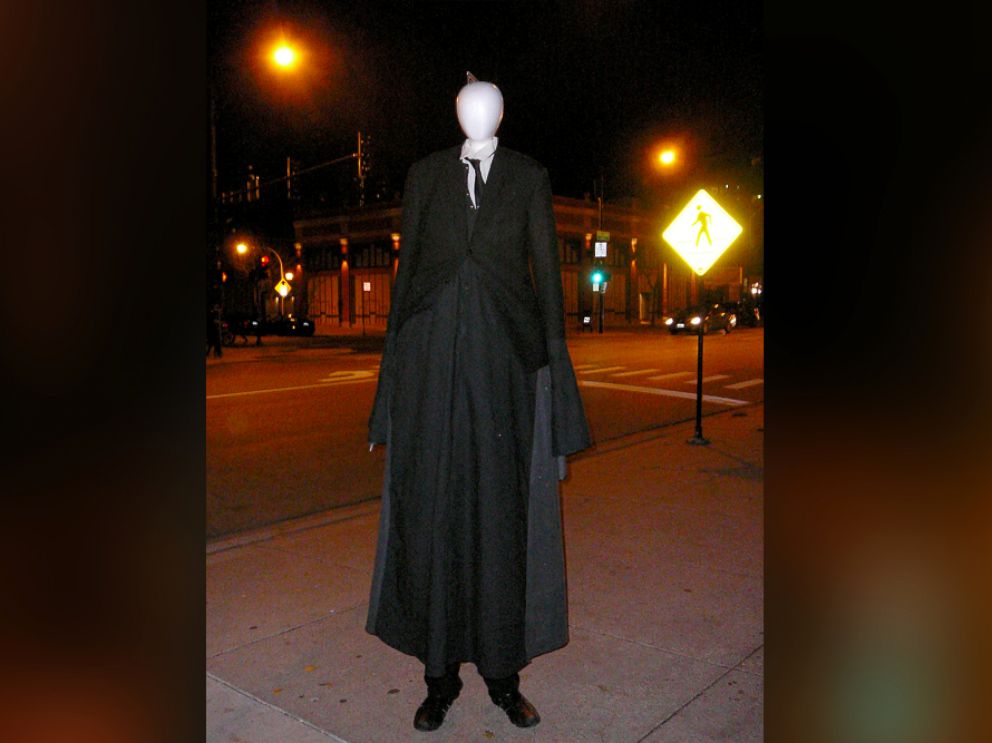 A man accused of killing two cops and a civilian before committing suicide with his wife in Las Vegas on Sunday often dressed up in costume as Slender Man, a neighbor told KTNV.

And a Cincinnati mom told WLWT she thinks her daughter may have been inspired by Slender Man when she attacked her with a knife in their kitchen, wearing a hood and white mask.

A key to Slender Man’s appeal may be that he is faceless and Andrew Peck, a University of Wisconsin lecturer who studies Slender Man and other folklore, likened the amorphous Slender Man to the villain of so many campfire horror stories – a man with a hook hand.

“It can really be what you want it to be,” said Peck. “You can personalize the character and make it your own. He can be a lot of things, that’s what I think makes it so successful. That he’s mysterious and unknowable.”


But Peck wouldn’t read too much into someone dressing in costume as Slender Man. Part of the character’s legend is that he mysteriously appears in the background of people’s photos.

“The notion of dressing up as Slender Man –- maybe for Halloween –- that’s actually a fairly popular activity, done as a joke,” Peck said. “In folklore we call it ostension, taking this legend that exists online and doing it in real life. What was very popular last Halloween and the year before was to dress up as Slender Man and photobomb. I have a few of these images snapped around Chicago, people who just thought it was funny.”

“I wouldn’t say it’s as popular as LOLcats, but it’s fairly well known,” he said, citing another famous meme. “It was born on somethingawful.com, it was on Reddit, it was on 4Chan, it was on CreepyPasta. It’s very widespread.”

It’s not clear why Slender Man has been linked to more crime, especially considering that the character himself is not outwardly violent.

“He doesn’t actively murder. It’s generally more mysterious than that,” Peck said. “The big thing is that he’s otherworldly, mysterious. It’s just odd that people are doing this in Slender Man’s name when part of the legend is that he’s just beyond us.”  ABCNews