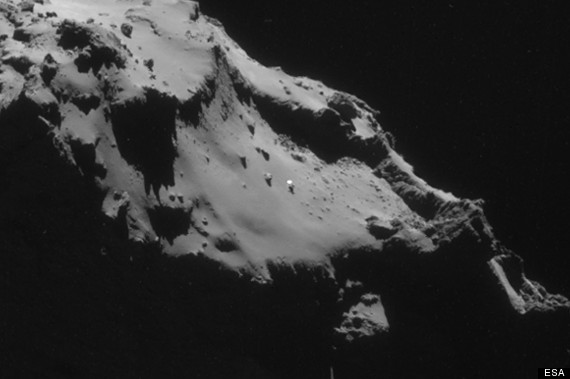 A UFO has been sighted on the surface of Comet 67P Churyumov Gerasimenko by the Rosetta spacecraft.

The craft, which is currently tailing the comet (and has just announced its landing point), was able to take a high-resolution image which then revealed a metallic-looking object.

Conspiracy websites have backed up the claim that it is indeed an unidentified object by pointing out that a rock next to the device shows very different characteristics, despite both being in the same angle of sunlight.

The rock appears as a darker more rugged shape while the metallic disc appears to reflect the sunlight back into the camera lens of the Rosetta spacecraft. HuffingtonPost