Prophecy Dude - Why Are Chilean Beaches Covered With Dead Animals?

Why Are Chilean Beaches Covered With Dead Animals? 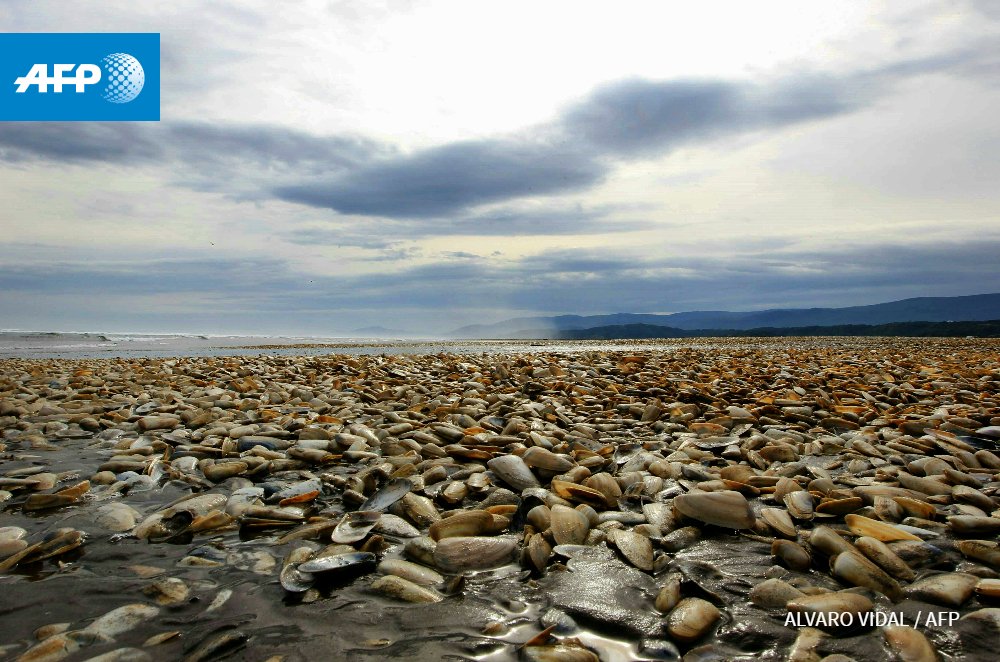 Compared to other countries, Chile is almost all coast, and that geographical fluke means that the country is known for its beautiful beaches. But that reputation may be on the wane thanks to a new sight on Chilean shores: dead animals. Lots of them. Heaps of them, in fact. As Giovanna Fleitas reports for the Agence France-Presse, the South American country’s beaches are covered with piles of dead sea creatures—and scientists are trying to figure out why.

Tales of dead animals washing up on shore are relatively common; after all, the ocean has a weird way of depositing its dead on shore. But Chile’s problem is getting slightly out of hand. As Fleitas writes, recent months have not been kind to the Chilean coast, which has played host to washed-up carcasses of over 300 whales, 8,000 tons of sardines, and nearly 12 percent of the country’s annual salmon catch, to name a few.

At least some of the damage to fish appears to be due to fish farming, which encourages toxic algal blooms. But as with so many strange sea phenomena in the last year, El Niño, which warms the equatorial Pacific, appears to be at least partly to blame. The warm water brought on by the phenomenon put stress on coral reefs near Hawaii and appears to have delayed the arrival of whales to the islands. Meanwhile, off the shores of Chile, the warm water appears to have provided great conditions for toxic algae. The blooming creatures poison fish and other marine life that eat them, and this year the bloom is blamed for losses of nearly a billion dollars among Chilean fishers.

Algae also suck oxygen from the water itself—a change to which Pacific Ocean creatures appear to be particularly vulnerable. In a newly published paper in the journal Proceedings of the Royal Society B, researchers warn that declining oxygen levels worldwide kill animals, but that the diversity of life in the Pacific Ocean is at particular risk. That long-term danger isn’t helped by algae that blooms in response to short-term phenomena like El Niño.

The rising tide of dead animals is raising health concerns, as when thousands of squid washed up on shore earlier this year. At the time, reports Latin Correspondent’s Steven James Grattan, health officials were criticized for not clearing coasts of about 10,000 rotting, dead squid sooner. (They eventually did so with the help of heavy equipment.)

So how should Chile get rid of the rest of the festering fish and withering whales on its once-pristine shores? WIRED’s Sarah Zhang has some advice for those faced with a dead whale: “Don’t blow it up.” Instead, she recommends that scientists study the carcasses and take chunks back to their labs...or bury the whales on the beach where they met their sad, smelly end. Smithsonian