Prophecy Dude - Why Are So Many Muslim Refugees in Europe Suddenly Finding Jesus?

Why Are So Many Muslim Refugees in Europe Suddenly Finding Jesus? 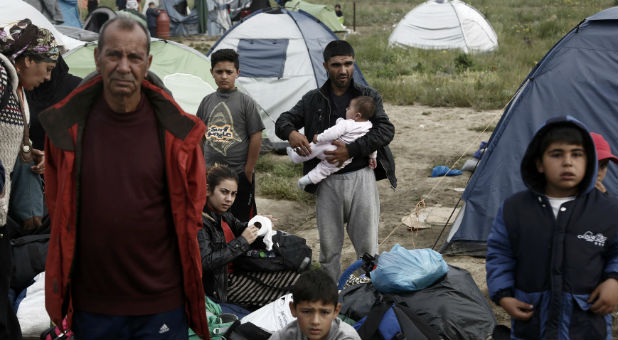 Hundreds of Pakistanis and Afghans have been lining up at a local swimming pool in Hamburg, Germany, to be baptized as Christians. In the Netherlands and Denmark, as well, many are converting from Islam to Christianity, and the trend appears to be growing. Indeed, converts are filling up some European churches largely forsaken by their old Christian flocks.

All of which raises a question, not least, for the United States: If American presidential candidate Donald Trump gets elected and bars Muslims from entering the country, as he says he will, would the ban apply to Christians who used to be Muslims? How would one judge the quality of their faith?

For the moment, that quandary is a ways off for U.S. Homeland Security, but in Europe even now the phenomenon is fraught with echoes of the past, problems in the present, and omens for the future. Forced conversions of Muslims and Jews during the Spanish Inquisition were a dark page in Europe's history. More than a little suspicion surrounds some of the current conversions, seen by some to be cynical bids to improve the chance of getting asylum. And, looking forward, it's potentially quite dangerous for those who embrace the gospel to return to homelands where abandoning Islam for another faith can be treated as a capital crime.

Still, many preachers are pleased. The German pastor of the Evangelical-Lutheran church in Berlin calls the conversion phenomenon "a gift from God." In his modest community a staggering 1,200 Muslims, mainly Afghans and Iranians, converted in just three years.

In Hamburg, where German ARD TV showed the Pakistanis and Afghans lining up to be baptized by the pastor of the Persian Church community, more than 600 people reportedly were received into the congregation.

There is no reliable overall figure for converts in northern Europe, but judging by reports from different media outlets, it is safe to assume the number runs into the thousands, maybe even tens of thousands who say they want the gospel, "the good news," offered by Jesus Christ. Charisma