With DNA Mystery of the Lost Tribe of Indian Jews Solved 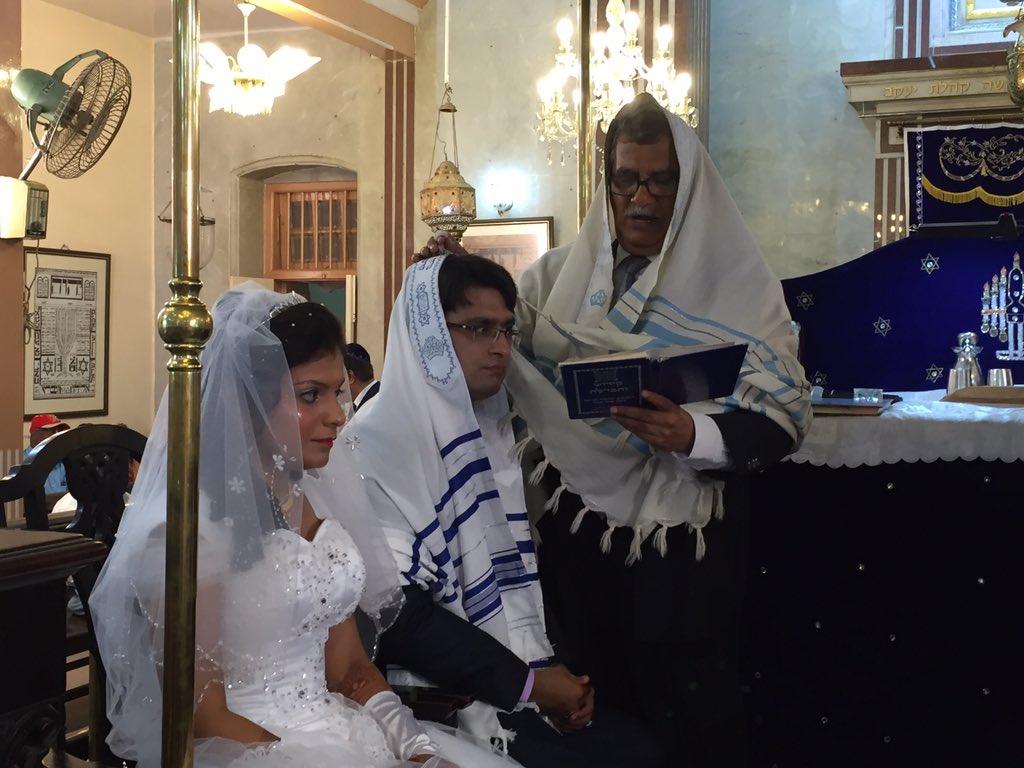 “And it was written according to all that Mordechai commanded concerning the Yehudim, even to the satraps, and the governors and princes of the provinces which are from India unto Ethiopia.”Esther 8:9 (The Israel Bible™)

When the Bnei Israel first came to Israel from India in 1952, little was known about their history, and their connection to the Jewish people was rejected by the Chief Rabbi of Israel. However, a new genetic study has justified their claims, opening up new possibilities that one of the Lost Tribes of Israel has been found.

The history of the Bnei Israel is shrouded in mystery. There are among the diverse population of India, several distinct groups of Jews. The Cochin Jews have a history that is separate from the Bne Israel, as do the Bnei Menashe, who arrived at a different region in India via China.

Theories about the origins of the Bnei Israel vary greatly. One theory holds they left northern Israel 2,000 years ago, another that they came from Southern Arabia or Persia, 500 years earlier, and yet another that they arrived from Yemen in the 8th century BCE. There is no independent support or substantiating evidence for any of these claims.

What is known is that at least as far back as the 18th century, Bnei Israel members lived in villages along the Konkan coast and were called Shanivar Teli, Marathi for ‘Saturday oil pressers’, since they worked as oil pressers but did not work on Saturdays. It is possible that the community had been there for much longer; Maimonides, a preeminent medieval Sephardic Jewish philosopher, briefly mentioned a Jewish community living in India in a letter he wrote in the 13th century.

After Israel became a state in 1948, 2,300 of India’s 20,000 Jews arrived in Israel. Soon after, most of the remaining community immigrated to Israel. There are approximately 50,000 Beni Israel in Israel today, though 5,000 still remain in India, mainly in Mumbai.

In 1962, Israel’s Chief Rabbi, Yitzchak Nissim, ruled that the lineage of Indian applicants for marriage licenses would be closely inspected. In case of doubtful or unclear Jewish ancestry, the applicant was required to undergo a formal conversion. The press in India accused Israel of racism, and the Indian community in Israel staged protests against the religious policy, leading to a 1964 rabbinical ruling that the Beni Israel are “full Jews in every respect”.

Now, fifty years later, groundbreaking technology is able to back up the prescient ruling.  A new genetic study of the Indian Jews proves that the community shares “considerable genetic ancestry” with today’s Jews, leading researchers to conclude that they are, indeed, of Jewish origin. The study was conducted by Dr. Yedael Waldman of Cornell University with an international team of scholars.

The study, published March 24th in PLOS ONE, concluded that the Bnei Israel did share much of their DNA with other Indians. But they also found genetic components that are not present in other Indian groups – components which connect them to the Jewish people.

“The study showed that the genetics of Bnei Israel resemble the local Indian populations, while at the same time constituting a clearly separated and unique population in India,” the study stated. “They are unique among Indian and Pakistani populations we analyzed in sharing considerable genetic ancestry with other Jewish populations.”

The researchers concluded that the original ancestors, Middle Eastern Jews, arrived in India about 19 to 33 generations ago (600 to 1,000 years). They also discovered that there were more men in the group of the original Jews. Many of them married local women.

As the founder and chairman of Shavei Israel, Michael Freund assists communities like the Bnei Israel who claim a historic connection with Israel. Breaking Israel News asked him how genetic testing affects this.

“Genetic testing can be a double-edged sword,” Freund explained. “The Jewish people are both a nation and a religion. On the one hand we are the descendants of Abraham, Isaac, and Jacob. But throughout history, individuals and groups have converted and formally joined the Jewish people. In the case of Ashkenazic Jewry, 60 percent of the population can be traced back to four Jewish families that migrated to Europe from Israel. But that means that the other 40 percent of Ashkenazi Jews don’t have that genetic test result.  We wouldn’t want to deny them their rightful Jewish identity on the basis of a DNA test.”

“On the other hand,” Freund reasoned, “genetic testing is an important tool in helping people discover their Jewish ancestry.”

Freund has had first-hand experience with the benefits of testing. “I have seen this in various countries throughout the world,” he said. “I have connected with many people who have done genetic testing and were stunned to discover that they have Jewish ancestors.” He specified that “this is not always a religious connection. Sometimes it arouses an affinity for Israel and Jewish causes. In other cases it does lead them on a transformative religious journey.”

He warned that, as the question of Jewish identity is already a matter of fierce debate in rabbinic courts, the genetic factor and its implications must be discussed among religious leaders. “This is still in the very early stages but it is an issue that rabbinic authorities will have to deal with in the next couple of years,” he predicted.

Overall, Freud believes genetic testing is a good thing. “I see it as an exclusively positive tool for the Jewish people, strengthening our connection with the world and allowing  people to discover their Jewish identity in a way that was impossible only a few years ago,” he said.

“We may come to a point in the near future when a mitochondrial DNA test could be proof of Jewish identity. That will be a turning point in Jewish history.”  BreakingIsraelNews