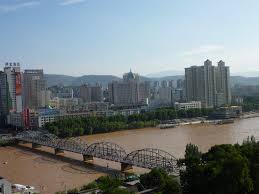 Four of the world’s great rivers, including the Murray Darling, are all suffering from drastically reduced flows as a direct result of water extraction, according to new ANU research. A multi-author study – led by ANU researchers Professor Quentin Grafton, Dr Jamie Pittock, Professor Tom Kompas and Dr Daniel Connell of the Crawford School of Public Policy at The Australian National University – examined the threats from water extractions and climate change on four of the world’s iconic river systems; the US Colorado River, the South African Orange River, the Chinese Yellow River and the Murray. The researchers found that in all four basins, over a long period of time, outflows have greatly reduced as a direct result of increased water extractions, and that urgent changes in governance of water are needed to ensure the systems remain healthy and viable. “While climate change will aggravate changes in flows in river systems, current high levels of water extractions remain the principal contributor to reduced flows and degradation of these rivers,” said Dr Pittock. “Changes in governance, including sharing the variability between the environment and consumptive users, are urgently required if the health of these rivers is to be maintained,” added Dr Connell. The researchers said that the key to securing the future of the world’s rivers lies in plans to share water use between users and the environment, and water markets to manage allocations. They added that, although the management of the Murray Darling Basin was favourable when compared to other places in the world, there was much more that could be done to ensure a healthy future for the system. “Many sound frameworks are being established in water management throughout the world, but in many cases their implementation needs to be greatly improved,” said Professor Kompas. “Stronger action is needed to ensure that in dry times, the rivers get a fair share of the available water,” said Dr Pittock.  EP